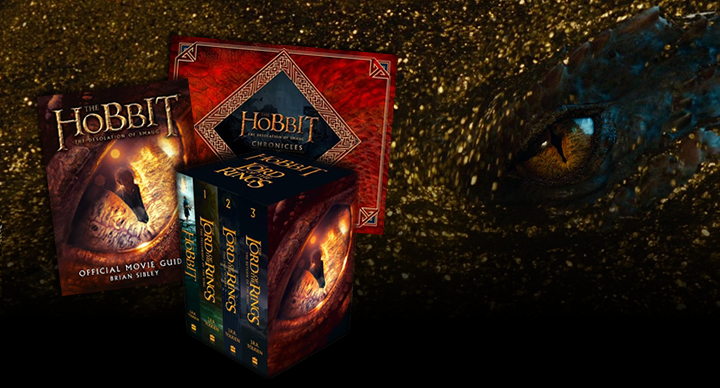 
Here is a small recap of all books that can we won in this give-away:

Journey deeper into the magical world of the hobbit, Bilbo Baggins, through exclusive interviews with director Peter Jackson, Martin Freeman, Orlando Bloom and principal filmmakers and new cast members, including Stephen Fry as the Master of Lake-town, Evangeline Lilly, who plays Tauriel the Elf, and Benedict Cumberbatch, who reveals film-making secrets about playing the dragon, Smaug.

Richly illustrated with a treasure trove of behind-the-scenes photos of the actors, creatures and costumes, and numerous special effects scenes, this essential guide is an indispensable companion to the second film in the award-winning trilogy.

‘In our adaptation of The Hobbit we have done something that Tolkien didn’t succeed in doing in print and, hopefully, this will come fresh to people who will have never seen the full story playing out in chronological order.’ - Peter Jackson The Hobbit and The Lord of the Rings box set - movie cover by J.R.R. Tolkien

When they were first published, The Hobbit and The Lord of the Rings became instant classics. Treasured by readers young and old, these works of sweeping fantasy, steeped in unrivalled magic and otherworldliness have sold more than 150 million copies around the world.

This boxed gift set, published to celebrate the release of the second of Peter Jackson’s three-part film adaptation of JRR Tolkien’s The Hobbit, The Hobbit: The Desolation of Smaug.

It offers readers a new opportunity to discover Tolkien’s remarkable world of Middle-earth and to follow the complete story of Bilbo Baggins and the Hobbits’ part in the epic quest for the Ring. 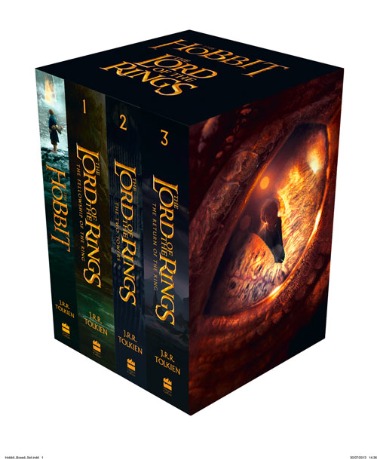 The Hobbit - The Desolation of Smaug - Chronicles, Art & Design by Daniel Falconer and Weta

The Hobbit: The Desolation of Smaug Chronicles – Art & Design explores and celebrates the creative vision of the second film in Academy Award-winning filmmaker Peter Jackson’s trilogy adaptation of The Hobbit by J.R.R Tolkien.

This lavish volume follows Bilbo, Gandalf and Thorin’s Company of Dwarves eastward, through hitherto unseen regions of Middle-earth, on their quest to reclaim the lost realm of Erebor from the Dragon Smaug. Exploring the design and development of the environments, cultures, creatures and artefacts encountered by the characters, it is filled with more than 1,000 stunning images of conceptual art, supplementary photographs and detailed commentary provided by the film’s cast and crew. 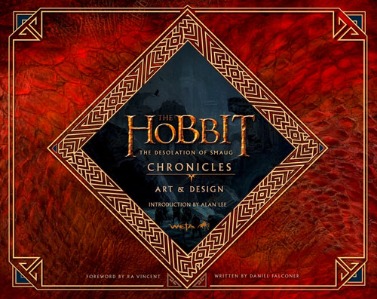 As a bonus feature, unique to this book, there is a special fold-out replica of the portrait of the Master of Lake-town, played by Stephen Fry, exactly as it appears in the film. Compiled by Weta Workshop senior concept designer Daniel Falconer, this is the third book in The Hobbit: Chronicles series and it has been created in full collaboration with key members of the production’s creative team to ensure the most comprehensive and authentic film companion possible.